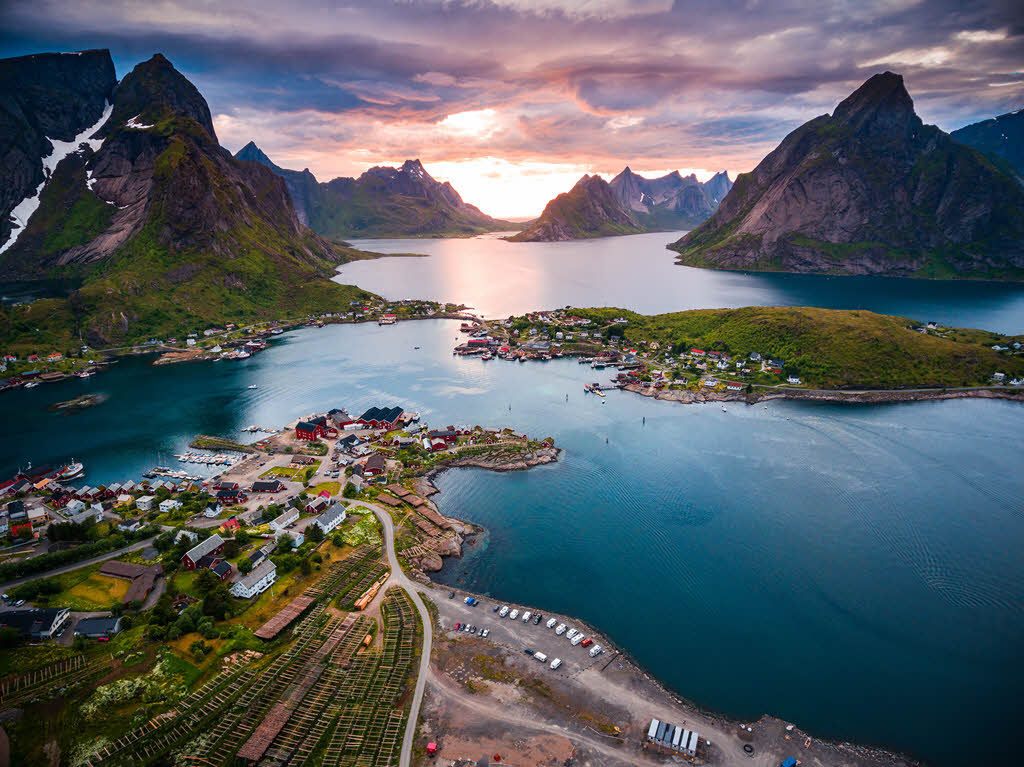 Lofoten islands: one of the top highlights of Norway!

This amazing Arctic archipelago offers stunning scenery with steep mountain peaks, Arctic fjords, tiny fishing settlements, beautiful beaches as well as a rich wildlife.
The world’s largest deep water coral reef, called the Rost Reef, is located west of Rost island
• In summer you can experience the never ending days and the Midnight sun!
• Winter is the time of the spectacular Northern Lights!

Here you can read about scenery, attractions as well as wildlife and travel suggestions – how you can visit Lofoten islands on round trips in Norway

About the Lofoten islands: 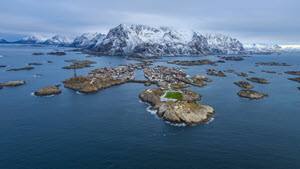 View of the Lofoten archipelago in winter

is located north of the Arctic Circle in the county of Nordland, Norway. The Lofoten archipelago consist of 7 main islands, with fjords and narrow straits in between the islands. Between the mainland and the Lofoten lies the open Vestfjord.
From a distance the archipelago looks like one steep island – called the Lofot wall.

Due to the Gulf Stream the climate is mild, despite the latitude north of the Arctic Circle. Between May 25 and July 17 you can experience the midnight sun, and from early May the nights are bright. 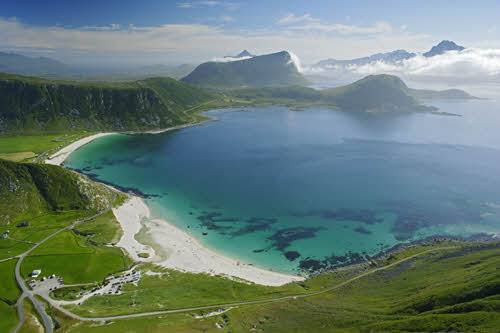 The archipelago is known for its exceptional natural beauty, picturesque fishing settlements, the Rorbu (fishermen’s cottages) stockfish and an abundant wildlife.

Tiny settlements with typical Rorbus are found around the islands. Nowadays many of them are used as accommodation for visitors to the islands.

Hiking in summer & off-piste skiing down the steep mountain sides are popular activities. 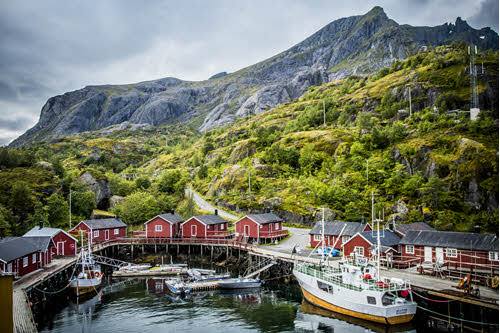 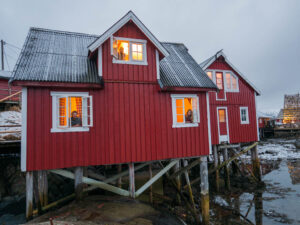 Even before the year 900 AD, the sagas tell about boats being equipped for the journey to the Lofoten and the winter cod fishing season, where the fishermen travelled for days and even weeks along the vaste Norwegian coast in open rowing boats and sailing boats to take part in the abundant fisheries of Lofoten, throughout the entire winter.

Rorbu: This created a need for accommodation for the visiting fishermen, setting off the building of the well known “rorbu” – now most of them refurbished into comfortable accommodations for leisure visitors.

Stockfish, produced from cod, was sold to almost all European countries, and Italy is still the most important market for the high quality stockfish from Lofoten.

Around 70% of all fish caught in the Norwegian and Barents seas use the water around the Lofoten islands as their breeding ground.

A high density of sea eagles and cormorants, and millions of other sea birds, like the colourful puffin, populate the islands, with mainland Europe’s largest seabird colony. You will find moose on the largest islands, while otters are common. 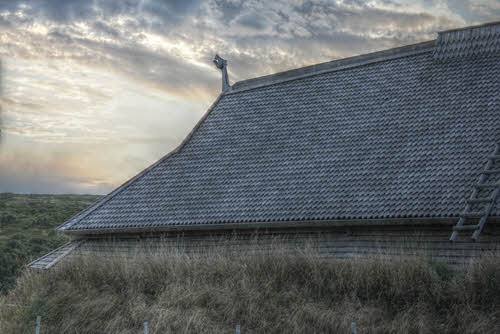 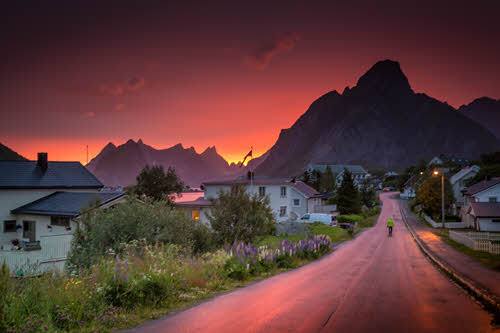 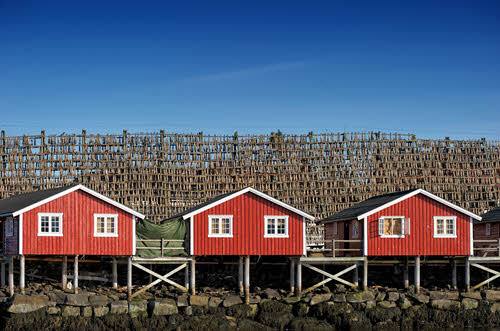 The Lofoten Wall – the archipelago looks like a closed wall when seen from elevated points around Bodo or when arriving from the sea, some 100 km long, and 800-1000 m high.

The Moskenes maelstrom, considered to be one of the most dangerous maelstroms in the world.

The coastal Kollhellaren Cave with some 3000 year old cave paintings.

Vestvagoy with archeological finds from the Iron Age and the Viking Age.

The Viking longhouse (83 m) at Borg, the largest known longhouse. A reconstruction of the house is built at Lofotr Viking Museum.

The picturesque fishing villages of Nusfjord, Eggum and Unstad, situated at the foot of tall mountains, with the scenic pebbled beach at Eggum.

Henningsvaer – the most important fishing village on Lofoten.

Skomvaer Lighthouse – located on Skomvaer, the outermost island on Lofoten.

The scenic beaches might be some of the most spectacular beaches you will ever see! 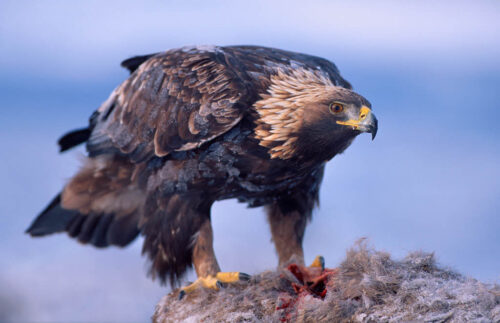 This is a unique trip, showing you the most spectacular parts of the Lofoten Islands.
Experience small fishing villages, wildlife, fjords & steep mountains, an adventurous RIB boat trip along the inner seaside of Lofoten in search of the wildlife & and an exciting Crab safari in search for the crab pots set out the day before. 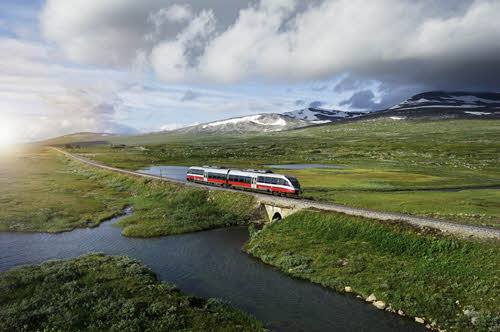 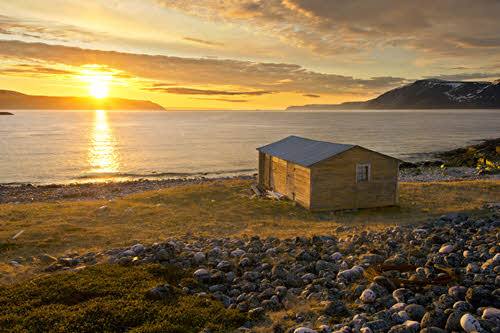 Midnight sun on the Arctic coast 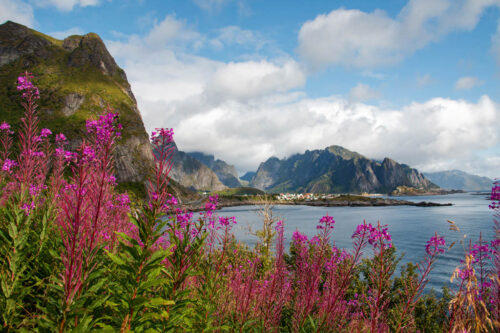 You can book safely

with Fjord Travel Norway  – a local, Norwegian travel company. We have been in business for more than 20 years, offering  tours based on our goal of sustainable tourism.

You will travel eco-friendly by public transport, hence you will travel like a local, with some guided excursions.
The tours are flexible and you can add nights and exciting activities.

Questions about these tours?