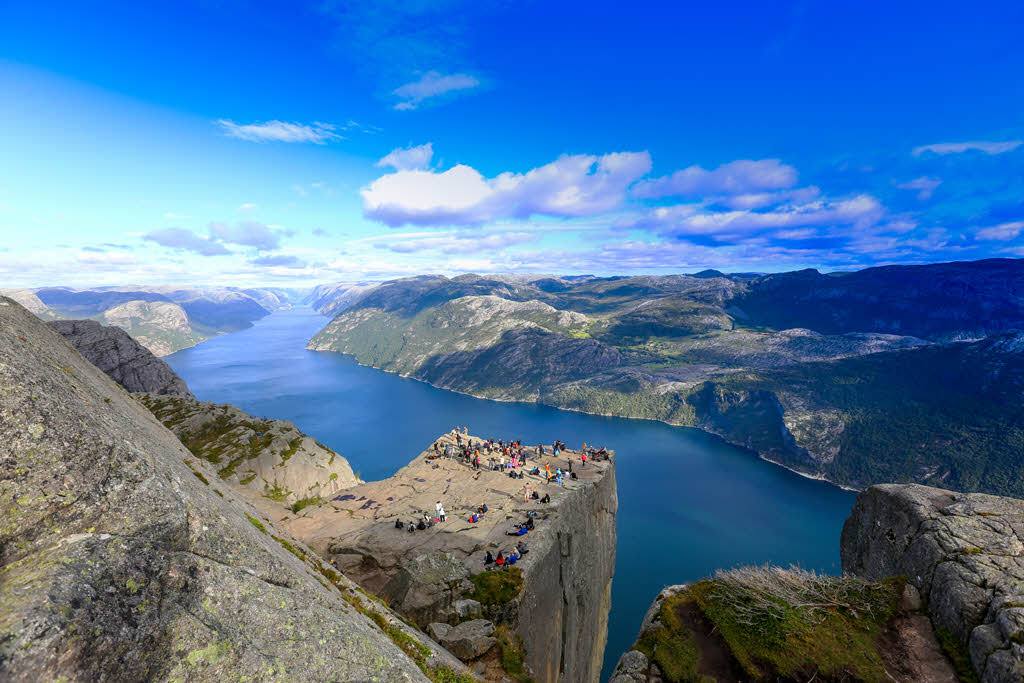 It is late November, freezing cold and it had snowed last night as I make my way to the port of Stavanger to start my day cruise to Lysefjord. The wild and dramatic fjord cuts its way 40 km into the country between steep mountains. 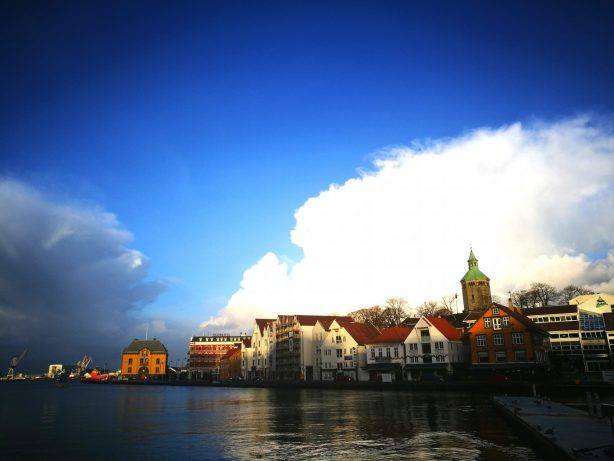 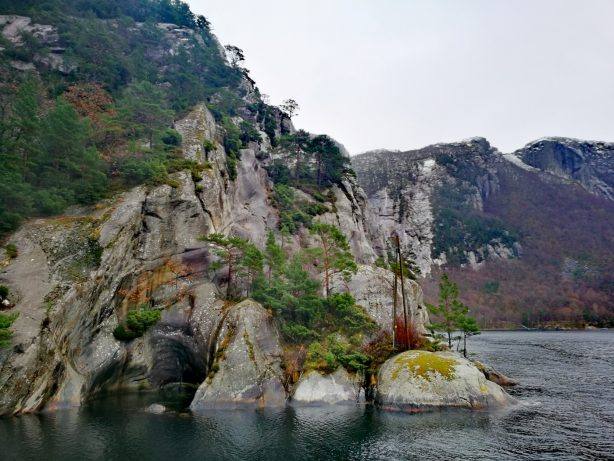 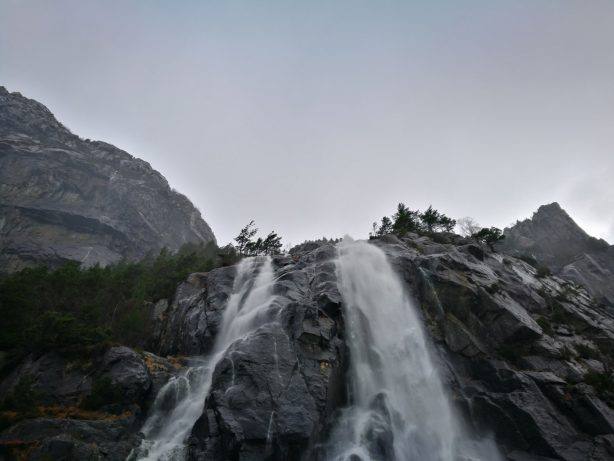 The Lysefjord is carved and formed by the glaciers during the Ice Age. In this wild and brutal mountain, people have scratched onto the hills and mountains for thousands of years. In many places you can see traces of human activity and conquest of the wild nature. Only a few people have gathered to join me on the tour this morning. We are warmly welcomed on board and make ourselves comfortable in the warm salon. The boat also offers a sun deck. Make sure to bring warm clothes as it can be pretty windy and cold but the best views are Fjord Travel Norwayfrom the sun deck!

After leaving Stavanger the boat passes gorgeous, rocky islands. On some of them wooden houses are nestled into the hillsides. Every curve in the coastline reveals a new idyllic scene.

The mountains then begin to appear in the distance, with some rising as high as three-thousand feet above sea level. During summer you may be lucky enough to spot some mountain goats who clamour toward the water’s edge as the boat nears.

Right after entering Lysefjord we pass Jettegrytten (pothole) which is shaped by a stone that got into the flow of water that erupted when the ice melted, and thus have made the hole bigger and bigger. It is said that it was here that people from further up the fjord came to bathe before going to church in a small village nearby.

Right afterwards the boat enters Fantahålå (“vagabond’s cave”) a small mountain cave named after a group of vagabonds who sought shelter there on the run from the local police. 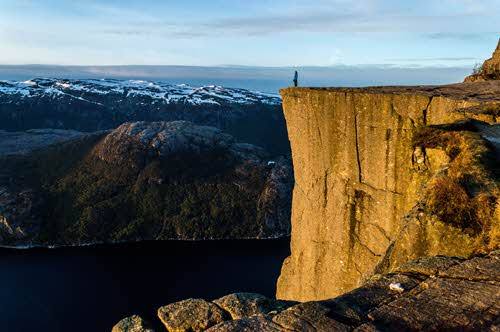 On top of Pulpit Rock 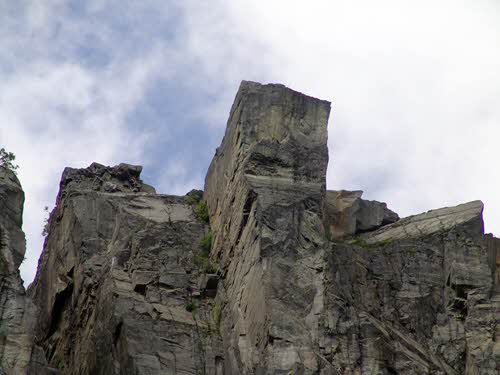 Pulpit Rock seen from the fjord

Get close to the Pulpit Rock

Unfortunately, it is pretty misty today so we cannot see Preikestolen (Pulpit Rock) but the views of the steep mountains, the many waterfalls and the fjord are just breathtaking.  Before the return to Stavanger the boat stops at Henjane waterfall, and with stop I mean the boat gets as close to the waterfall as possible. While we enjoy the view of the thundering waterfall the crew takes water from the waterfall so that we can enjoy pure and fresh mountain water from the fall which plummets 400 meters down into the fjord.

You can also experience the beauty of Lysefjorden & Pulpit Rock on our trips:
Pulpit Rock, Bergen & Norway in a Nutshell, 6 nights
Highlights of the Norwegian Coast, 11 nights