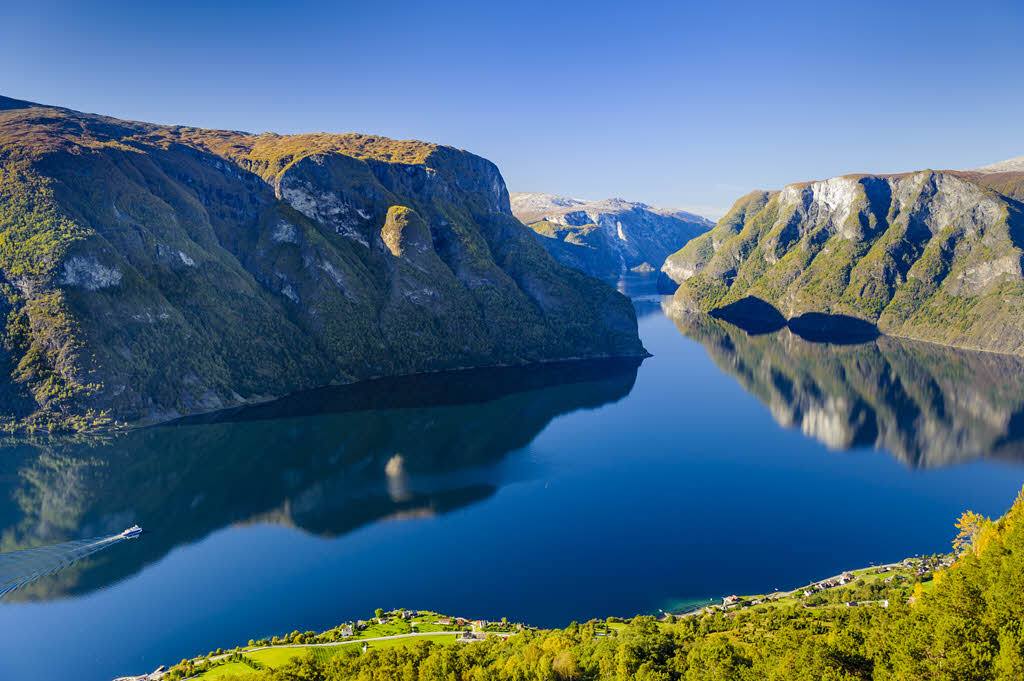 and the second longest fjord in the world. The Sognefjord has several beautiful fjord branches, such as the narrow Naeroyfjord & the Aurlandsfjord.
The fjord stretches more than 200 km inland from the western coast north of Bergen.
The Sognefjord reaches a maximum depth of 1308 m below sea level, with the greatest depths in the inland parts of the fjord. Near its mouth, the bottom rises abruptly to about 100 m below sea level.
• Read about Norwegian fjords
• Read about Highlights of Norway 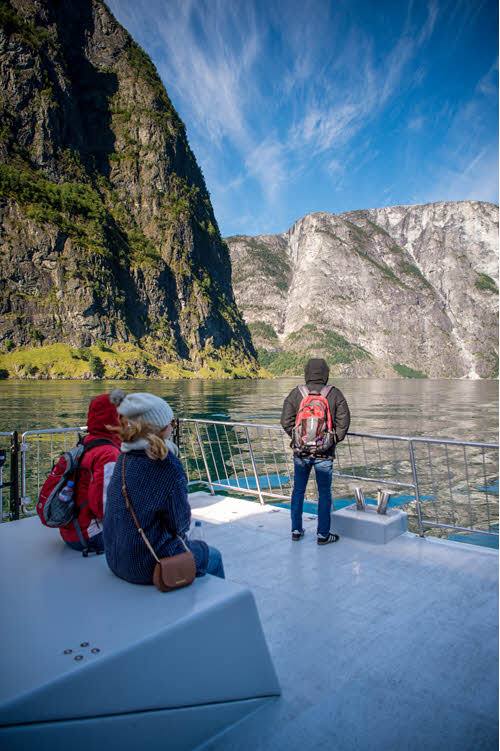 The cliffs surrounding the fjord rise almost sheer from the water to heights of 1000 m and more. In the mountains of the northern parts of the fjord you find the Jostedal glacier.

The Sognefjord has several scenic side branches,
such as the Fjaerlandsfjord, the Lusterfjord, the UNESCO Naeroyfjord & the Aurlandsfjord.

The Naeroyfjord:
the narrower branch of the Sognefjord; a spectacular fjord with steep cliffs, accessible by boat only, as there are no roads along the fjord. There are tiny farms, unbelievably clinging to the steep mountain sides, as well as tiny fjord settlements.
You can join an amazing fjord cruise on this narrow branch as well as the Aurlandsfjord branch on our fjord round trips:
Norway in a Nutshell® trips 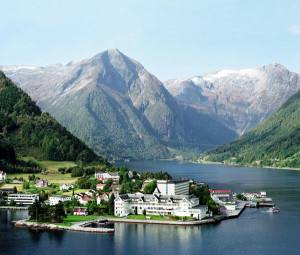 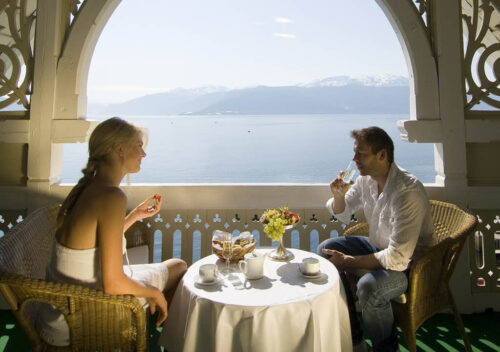 Beautiful fjord villages in the Sognefjord

There are several beautifully located, picturesque fjord villages along this majestic fjord. The village of Balestrand has a long history of greeting foreign tourists;

The historic Kviknes Hotel became popular among European visitors in the early part of the 20th century mainly due to Kaiser Wilhelm II, who often visited the hotel during his summer vacations prior to World War I. The hotel still possesses the chair he used in their restaurant.

The Kviknes Hotel is a famous landmark in this tiny village, with the beautiful, wooden building facing the fjord. The Kvikne family, who still owns the hotel, took over in 1877.
An impressive collection of art and historical pieces is a central feature of the hotel´s interior and common areas.

You will stay in Balestrand if you join one of these fjord tours:
• Sognefjord Cruise & Balestrand village
4 or 6 nights
• The Exclusive Grand tour of Norway
11 nights
• Tromso, Midnight Sun & Fjords
7 nights 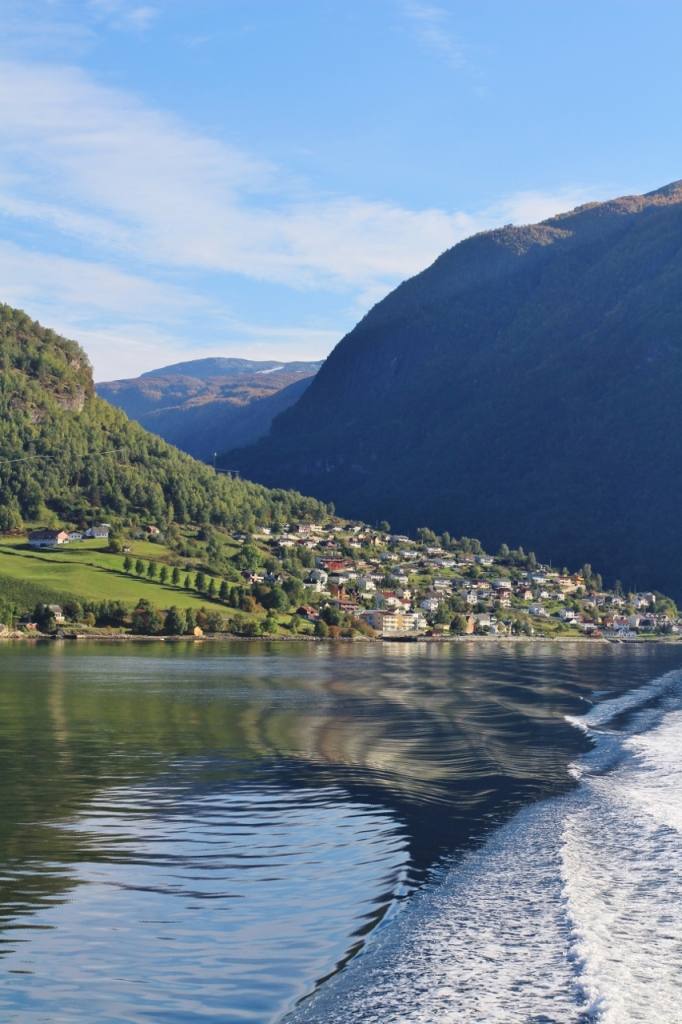 Fjord cruise on the Sognefjord

Fjord cruise trips to the Sognefjord:

All of the trips include amazing fjord cruises on the Sognefjord, as well as the Flam Railway & Bergen Line. The trips are independent (you will not travel with a group). 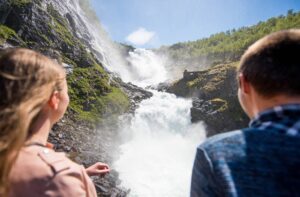 The Sognefjord is easily accessible from Oslo and Bergen by public transportation. You can take the Bergen train line from Oslo to Myrdal, where you change to the Flam Railway, taking you down to the fjord.

There are daily express boat departures between Flam and Bergen in the summer season, cruising on the entire fjord.
• Pictures from the Norwegian Fjords
• See all our Fjord tours & cruises
• Scenic rail lines in Norway

Questions about travel to the Sognefjord? 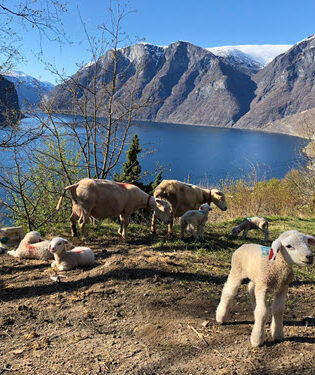 Early spring by the fjord 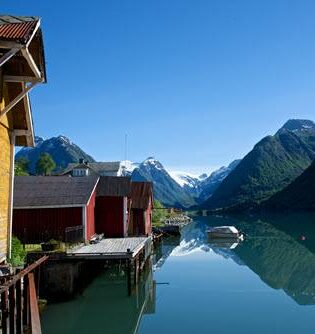 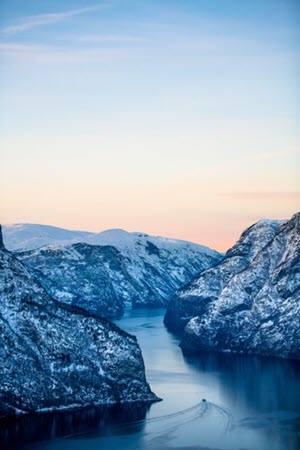 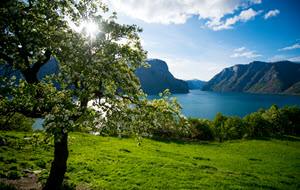 Summer time by the fjord 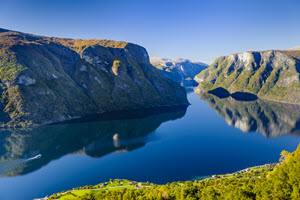 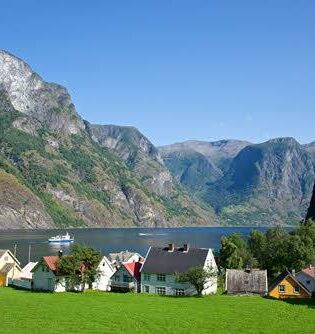 Village by the Sognefjord 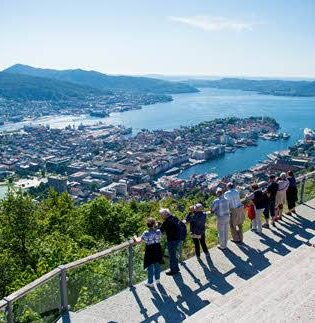